In 1961, the Maharishi created the "International Meditation Society for the Science of Creative Intelligence".

In 1971 the Maharishi inaugurated "Maharishi's Year of Science of Creative Intelligence" and described SCI as the connection of "modern science with ancient Vedic science". But the contents are sobering.

At the beginning of his career, Maharishi offered an 'explanation' of western physics about the indian elements (Vayu, etc.). From an Anu of the Samkhya had the alleged physicist with conclusion 1942 in Allahabad probably heared nothing before. 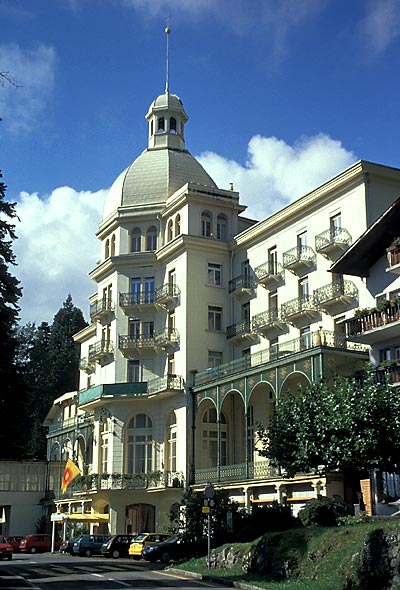 The further explanations happend within his 'Science of creative Intelligence which was distributed in video courses. The summit was a so-called 'unified field' with an ominous 'natural law' behind all phenomena which was propagated as the basis of the Vedas.

SCI was propagated as a systematic study of the unified structure of 'Natural Law' on the basis of creation, bringing to light the unified field theories of modern quantum physics. SCI involves the study of universal principles. They probably do not know the quantum field theory...

Quantum physics can not formulate it because the Shabda and the Chit are far beyond physics. Our world is ultimately made up of through the influence of the Atman vibrating Maya energies. The mental Prakriti as higher nature is also already beyond our matter. It is also subject to the Purusha as an individualized Atman.

In the Maharishi University of Management the student could study a specific 'Vedic science'.

"These 16 principles are the laws of nature that sustain growth and progress of all and everything. They are everywhere, leading the progress and development of the ant and the elephant, the cell and the planets. They are a subset of many principles of the science of creative intelligence. These 16 were specifically used to organize elementary school curriculum at Maharishi schools."  - Maharishi Science of creative intelligence for Primary und Secondary Education, 2006.

16 Principles of science of creative Intelligence

1. The nature of life is to grow.
2. Order is present everywhere.
3. Life is found in layers.
4. Outer depends on inner.
5. Seek the highest first.
6. Rest and activity are the steps of progress.
7. Enjoy greater efficiency and accomplish more.
8. Every action has a reaction.
9. Purification leads to progress.
10. The field of all possibilities is the source of all solutions.
11. Thought leads to action, action leads to achievement, and achievement leads to fulfillment.
12. Knowledge is gained from inside and outside.
13. Knowledge is structured in consciousness.
14. Harmony exists in diversity.
15. The whole is contained in every part.
16. The whole is greater than the sum of the parts.
Ref.: Mum: 16 Principles

According to Maharishi, the Veda is the basis for the countless natural laws, of which today's science knows only a sub-range. Maharishi propagated a unified field of all natural laws, which at the same time was the potential of all natural laws. To this there was according to his sight a western scientific and an eastern meditative approach. The Vedas, the Samkhya and the Bhagavad Gita had to serve as a scientific background. He who comes to the source of thought, attains certain faculties and is able to determine his fate within the natural laws.

There is, however, de facto no western scientific access to such high planes, and there will never be any. There is also no alleged coherence.

In his commentary on the Brahma Sutras (III, 2, 38, and 41), Adi Shankara spoke of the Ishvara, who administers the karma - law and therefore everyone is subject to him.

Furthermore, a quotation from Sri Aurobindo: 'The so-called absolute laws of nature are only a balance established by nature, a groove in which nature is accustomed to work to achieve certain results. But when you change consciousness, the groove will inevitably change.' (A.B. Purani, Evening Talks, S. 92)